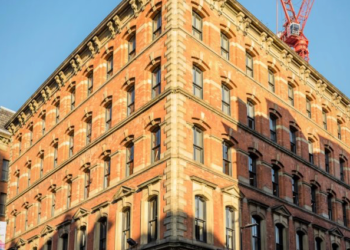 A mix of modern and traditional – serviced offices in the heart of Manchester creative district, offering co-working spaces, private offices and meeting spaces. 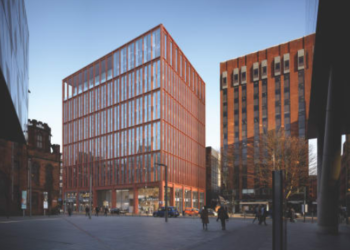 A state-of-the-art office space in Manchester’s buzzing city centre, 125 Deansgate is one of the Manchester’s largest serviced office spaces taking up all 12 floors of this striking building. The centre benefits from high ceiling heights, light-filled designer interiors, and large meeting rooms. A range of space is available from co-working spaces to offices capable of accommodating 100+ people. The central location means occupants benefit from excellent transport connections, with Victoria Station just 10 minutes away. 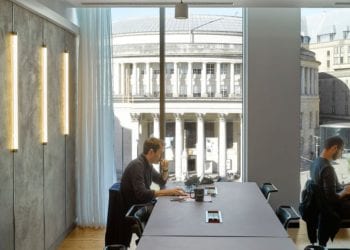 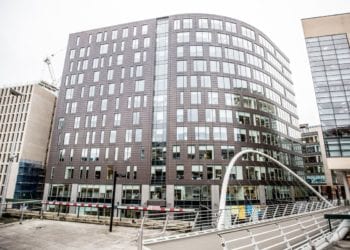 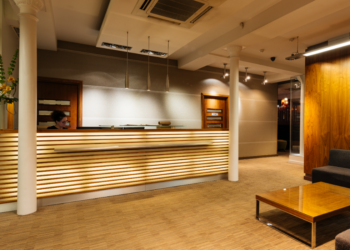 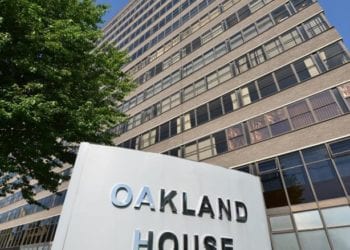 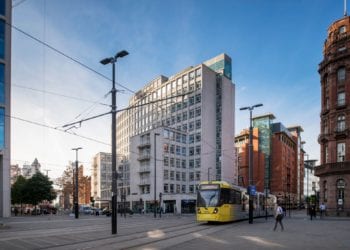 The perfect office space for budding entrepreneurs and creatives, with a reputation as one of the best serviced offices in Manchester City Centre Peter House is located just off the city’s main square, opposite the University Library and close to the many bars and restaurants in Chinatown. The centre was recently refurbished to provide a mix of designer office space and meeting rooms for startups and freelancers. Occupants benefit from being part of a vibrant startup community with growth hacking events scheduled each week. A range of office suites are available from 1-20+ people. 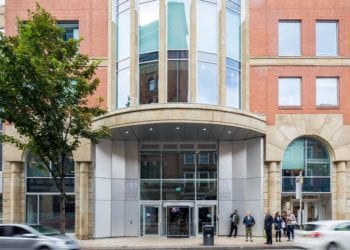 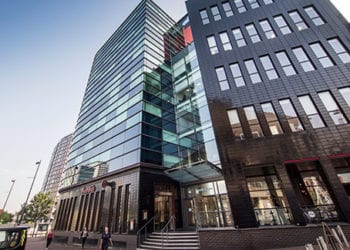 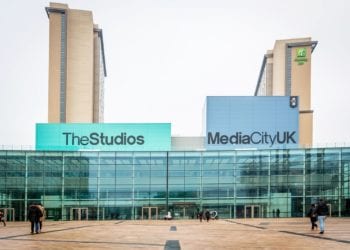 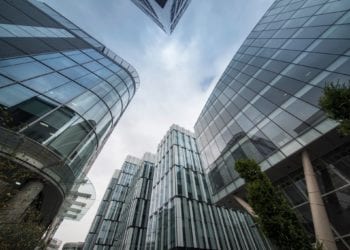 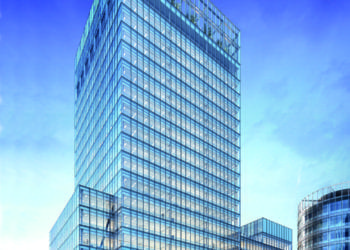 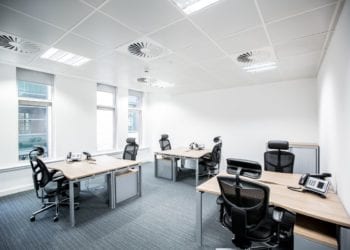 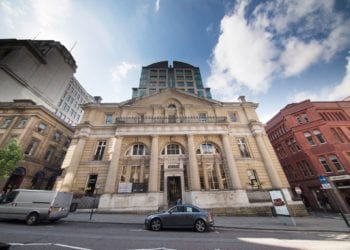 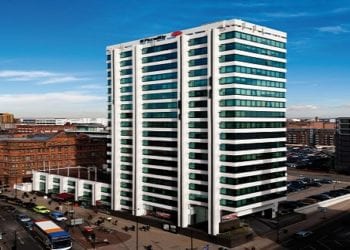 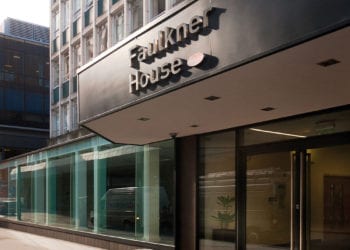 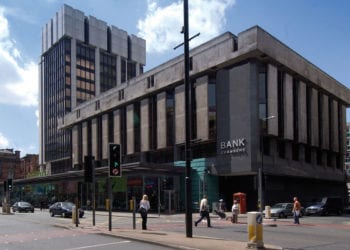 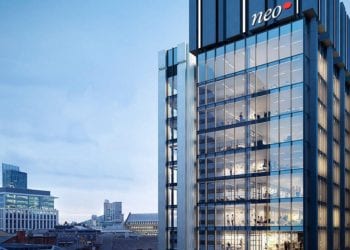 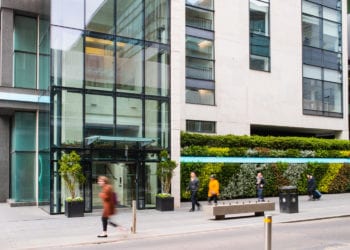 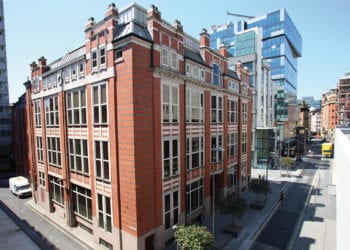 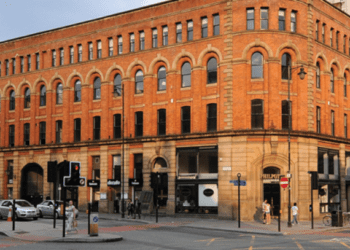 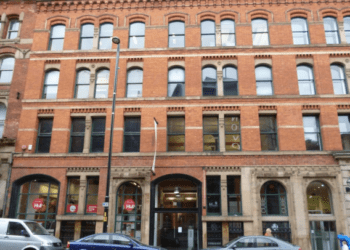 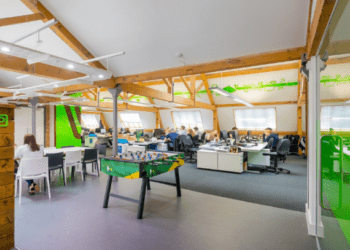 One of most iconic serviced offices in Manchester city centre, this stunning business centre provides a range of space for companies of all sizes. The building benefits from excellent transport connections, being close to the St Peter’s Square Metrolink stop and just a few minutes walk from Manchester Oxford Road station. Space options include dedicated co-working areas, private office space and a range of meeting rooms. Smaller offices can also be combined to create a large open-plan space for 100+ employees, ideal when you are looking for serviced offices in Central Manchester. 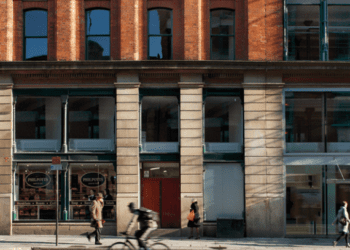 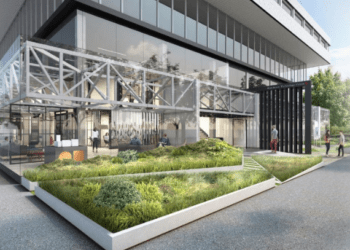 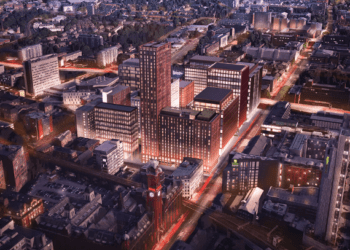 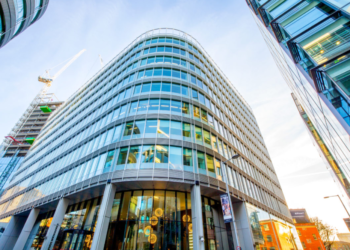 Located in the centre of the city’s legal and financial district Spinningfields, Hardman Square is a prestigious well-equipped business centre which provides co-working and office accommodation for individuals and small teams. The building has a stylish design-led interior which makes a great first impression, while occupants also benefit from 24 hr access, private club spaces and well-equipped meeting rooms. The centre is easily accessed with Spinningfields and tram stops within a 2-minute walk – one of the best serviced offices in Manchester. 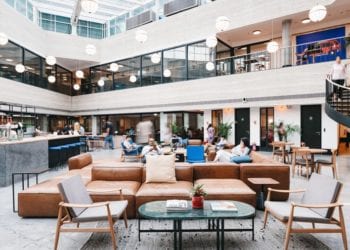 Hyphen is a state-of-the-art office space in Manchester’s City Centre. Spread over 3 floors this inspiring light-filled business centre provides plenty of room for fast-growing companies to expand. Occupants benefit from a stylishly furnished facility which provides a range of co-working, private office space and meeting rooms for 1-20+ people. The centre is also conveniently located close to the city’s transport network with the St Peters Square tram stop just a two-minute walk away, great positives when looking for Manchester office space. 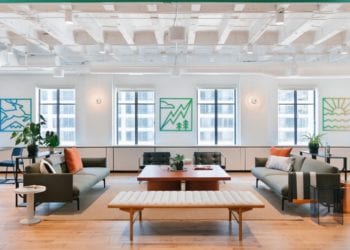 Located in a listed building in the heart of the city’s vibrant NOMA district, the Hanover Building provides a range of co-working spaces, private offices and meeting rooms for teams of 1-24 people. The building retains many original features and offers loft-style office space which will appeal to the tech and creative industries. Occupants benefit from excellent transport connections, being close to Victoria Station, stylish meeting rooms and breakout spaces, a dedicated events space and recreational games room, attractive to those looking for Manchester creative office space. 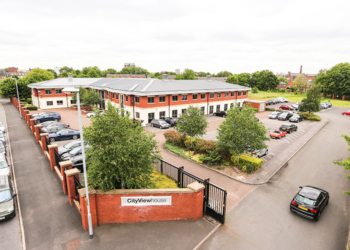 Once the home of chattering mills and bustling shipyards, Manchester’s economy has been transformed over the past 20 years to become one of the fastest-growing economies in the UK. The city currently ranks as the third-largest metropolitan economy outside London with GDP estimated at £88.3 billion.

While cotton was once the mainstay of the Manchester economy, today the city boasts specialities in a range of industries including computer science, engineering, healthcare, pharmaceuticals, aerospace, finance and media. Leading companies from all these industries have facilities in the city, including AstraZeneca, Fujitsu and Siemens.

Manchester University is also considered one of the most innovative institutions in the world. It is notable for a string of firsts, including being the place where Ernest Rutherford first split the atom, the introduction of the world’s first stored-program computer and more recently the discovery of Graphene.

What attracts companies to Manchester?

Manchester has seen significant investment over the past 20 years. The hosting of the Commonwealth Games in 2002 triggered a string of infrastructure projects including the development of an extensive light rail network, the creation of world-beating sports facilities, such as the Etihad Stadium and Manchester Velodrome, and the renovation of both mainline railway stations.

The city is also served by one of the largest international airports in the UK. Manchester airport can be accessed by tram, rail, bus and car and is to be a stop on the new HS2 rail link. The airport provides scheduled services to other major national and international business centres in Europe, Asia, North America, Canada, and the Middle East.

The innovative local economy is also a major attraction for multinational corporations. Some major research facilities are based in the city, including a large BioPharmaceutical research centre for AstraZeneca, the UK National Institute for Advanced Materials Research and the Manchester Centre for Integrative Systems Biology.

While it excels at science the city is also one of the largest creative centres outside London. The city’s Northern Quarter is a hotbed of startups working in a range of creative fields including computer games, app development, motion design and fintech. The city is also home to several independent TV production companies and the BBC has a major presence here.

The Manchester office market is one of the fastest-growing in the UK. There is a range of office space here to meet the demands of the diverse local economy. As a result, it is easy for companies of all sizes to find suitable accommodation in the city.

Manchester has plenty of serviced office spaces spread across the city. These are often located in clusters to meet the demands of local industries. The Northern Quarter and NOMA is a hotbed for startups. You will find several flexible office spaces in these areas such as the Hanover Building which provides space from 1 to 24 people.

The city also has an exciting range of new developments coming online which offer plenty of space for companies to grow into. Space will be available at 125 Deansgate from mid 2020. This state-of-the-art building provides 117,000 sq ft of office space spread across 11 floors. The building will also contain a large well-equipped business centre when it opens.

The city centre also has a range of serviced office spaces available for a range of company needs. Neo Manchester, for example, couldn’t be better located adjacent to Piccadilly Gardens. This recently renovated building houses a stylish dog-friendly business centre which can accommodate from one to more than a hundred people on a single floorplate.

Start-ups and freelancers are also well catered for. One St Peters Square, for example, is one of the best-equipped co-working spaces in Manchester. The building provides a large co-working area spread across two interconnected floors. Occupants benefit from a range of meeting rooms, wellness room, bookable event space and bike storage.

Make Manchester the home for your business

With its fast-growing diverse economy and well educated diverse workforce, it’s not hard to see why Manchester is an attractive location for businesses of all sizes. Intensive infrastructure investment in the city also benefits business growth and makes the city an attractive proposition for recruiting skilled employees.

The Manchester office market has not been slow to respond to the needs of the local economy. The city provides a diverse mix of office space suitable for a range of business needs. From design-led coworking spaces for startups and freelancers to large state-of-the-art office buildings for fast-growing companies. Check out the map above to find the types of office space available across the city.

A recently agreed deal with major accounting and business services firm HURST, which will see them take co-working office space on the third floor of 125 Deansgate, is a sign of greater things to come for Manchester, as the city is poised to grow as a hub for ‘northshoring’ in the near future. “The big […]

We have a large office suite available on the outskirts of Manchester, close to Old Trafford. With car parking available close by and Trafford Bar tram stop just 8 minutes walk away, it offers great value for an occupier looking to house up to 160 people in one whole floor. Available subject to 1 month […]