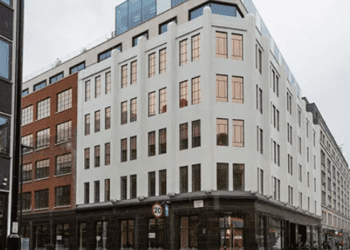 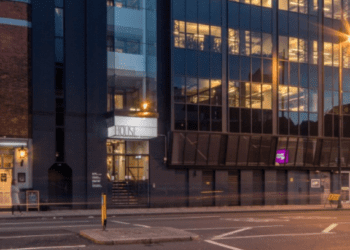 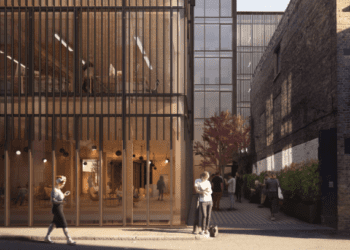 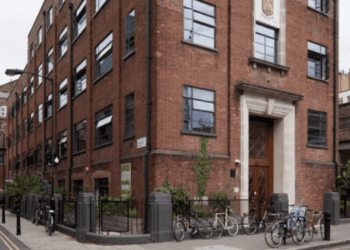 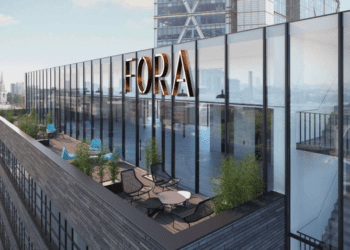 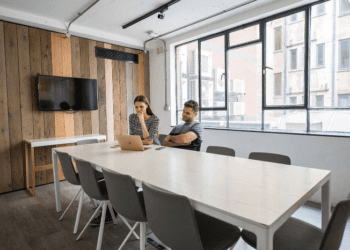 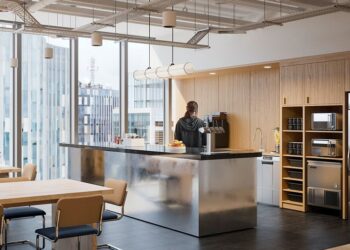 The Hewett, London offers serviced office space suitable for any kind of business large or small. Whether you’re a new start-up, a creative team or an established company, this centre has everything you’re looking for to create a comfortable and pleasant work environment. Amenities and facilities are plentiful including unique common areas, conference rooms, on-site staff, front-desk service, cosy lounges, bike storage, showers, a printing room and so much more. 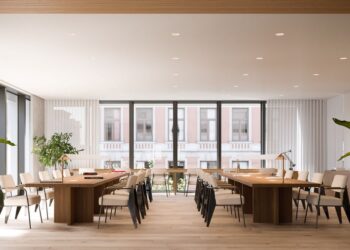 Opens June 2022 – The Stage, Bard Tower in Shoreditch, London offers flexible serviced office space for any kind of business large or small, with all the amenities and facilities provided to create a pleasant and comfortable work environment. You can even bring your four-legged friend along to work with you and if you travel to and from work by bicycle, there’s convenient bike storage available and showers to freshen up. There’s even a Wellness Room with a locked door for private quiet time. Create your own workspace for your specific needs and take advantage of unique conference rooms, cosy lounges and so much more.

Shoreditch is a thriving commercial and residential district in the East End of London, bordering the Square Mile. Although it was originally known for its markets, huge investment in the area has made it one of the most popular spaces for new business and real estate investment. On the west side of Shoreditch is the Old Street Roundabout – sometimes referred to as ‘Silicon Roundabout’ or the East London Tech City. A whole cluster of technology companies including Cisco, Microsoft, Facebook and Google can be found in the modern office blocks that dominate this area. Just south of this, several major law firms and financial institutions have taken up residence in the imposing office blocks in Spitalfields.

Here you’ll find the Northern Line of the London Underground, as well as National Rail services on the Northern City Line at Old Street Station. Shoreditch High Street itself has a London Overground Station, and as Shoreditch borders the Liverpool Street area, there is also extremely easy access to many other London Underground lines that serve this mainline station. The area is well served by buses, particularly from nearby residential areas in North and East London. As cycling has become increasingly popular with city commuters, a number of Santander Cycle docking stations can be found in the area, along with boutique bicycle servicing and repair shops.

The area is home to some of the busiest and most popular restaurants and bars in London, including multiple Michelin-starred restaurants like Leroy and The Clove Club. The area also hosts a range of vibrant and diverse markets, held in Spitalfields Square – along with live music, festivals and exhibitions throughout the year. Several small and well-maintained parks such as Elder Green, Hoxton Square and Boundary Gardens offer pleasant areas of green space in this district.

Enquiries for office space in the major UK cities jumped 800% on Tuesday after Boris Johnson’s announcement that the return to the office is not far away. “The announcement from the Prime Minister has obviously sparked a vote of confidence for UK businesses working out what the return to normal looks like. We are getting […]

UPDATE 23RD FEBRUARY 2021 From March 29th the Government’s “stay at home” message is removed. However, May is being sighted as a sensible time to reopen an office – with the social contact guidance removed on the 21st June. Many businesses are moving slowly, waiting employee confidence. The general feeling from speaking to businesses owners […]