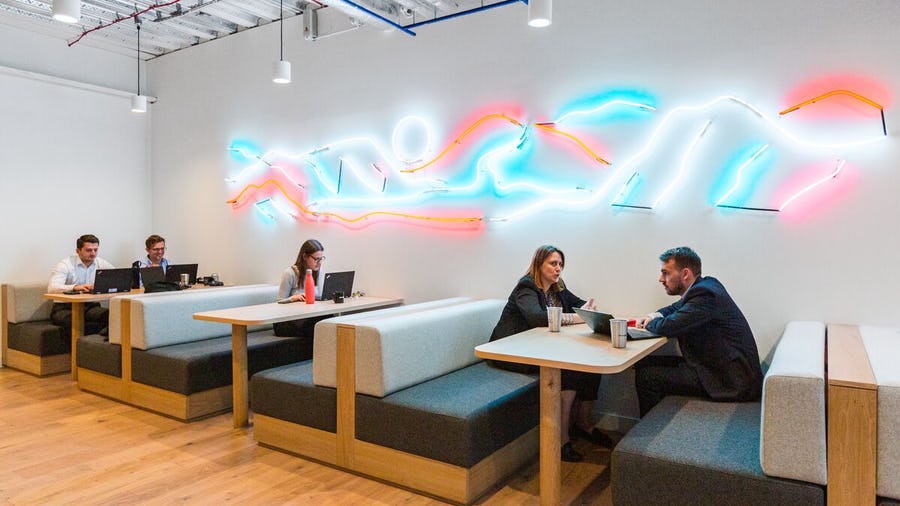 The concept of the hybrid workplace seems to be a happy compromise that bosses are now keen to embrace post lockdown, however, it seems British workers might need to start to smarten up their appearances according to our findings.

Our poll of 120 employers and 1500 hybrid workers across the UK, tells us the next workplace battle is looming.

What do British bosses think?

We found that over half of British bosses think that their staff should be dressing more smartly when working from home. It seems in a post lockdown work environment what was acceptable then, is now no longer an excuse for low professional standards of appearance.

Employers, when asked, said overwhelmingly (65 percent) that staff should be dressing smarter when working from home. Also, almost half of employers feel so strongly about the subject that they would be prepared to consider a formal dress code for remote staff to adhere to. However, it seems bosses might be looking to calm the waters somewhat on this topic as over seventy percent said they would consider providing staff branded clothing to ensure consistency and fairness with staff working from home

“What’s clear from this topic, from an employers perspective at least, is that things have changed and it looks to be permanent. Hybrid work where the week is split between the office and working from home is now widely considered to be the new normal. But with that, some employees seem to have carried over some lockdown attitudes towards dressing professionally that simply don’t seem appropriate anymore. We’re not forced to work remotely now, it is a benefit, so British bosses are possibly not wrong to be asking workers to present themselves a bit smarter now” says Johnny Ratcliffe from Offices.co.uk.

On the topic of what clothing employers are objecting to now, it seems Jeans are perfectly fine with almost ninety percent of bosses in agreement that these were okay. However, with most people sitting behind a desk when visible to a camera, it seems this might be a red herring of sorts.

However, what seems to have wide agreement with bosses on what’s unacceptable to wear is sportswear, yoga/gym wear and heavily branded garments from popular fashion brands.

We also asked bosses about video calls and how they feel about their employee’s home working environments and also whether it’s okay to hide with video off.

It’s quite evident from these specific questions with eighty percent of bosses in agreement, that they are wanting hybrid workers to present themselves as consistently at home, as they would in the physical office. Furthermore, bosses seem to be quite critical of employee’s hiding behind their screens on video calls with their cameras off. Whilst most people will agree they’ve probably felt or looked not quite their best in recent times, it seems bosses are becoming weary of working from home being an excuse to visibly hide from their colleagues.

But what do workers think?

In order to balance this conversation, we also made sure to ask workers how they felt about smartening up. The results are, not surprisingly, going to make this a difficult subject to broach with their workers.

That said, it does appear workers are conscious of this issue with just over one third admitting they have a special piece of clothing they put on before video calls to try to look more presentable.

Johnny Ratcliffe, MD of Offices.co.uk further commented: “To be fair to British office workers right now, since the pandemic hit, the British high street has undergone some major changes with the likes of TM Lewin going into administration in the last week for the second time, and also major chains such as Marks & Spencer removing most of their work and formal wear from all but select stores, so it is actually harder to dress smarter for most, even if they wanted to. That said, with almost two thirds of workers agreeing there is no need to dress smartly for work anymore, it seems the suits might have a different opinion.”