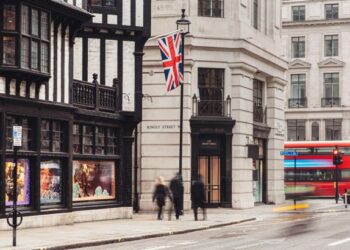 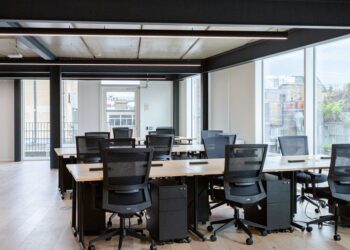 Modern, bright, serviced office space at 8-14 Meard Street, London, right at the centre of Soho. All the facilites and amenities are included to create a workspace that’s comfortable and pleasant to work from on a daily basis including screening rooms, bike storage, meeting rooms, confernece rooms, Barista bar, convenience store, outdoor terraces and rooftop space. Communting is made easy with metro stations close by and bus services. Whatever size of business and no matter how many people are in your team, you can create your very own workable space right here. 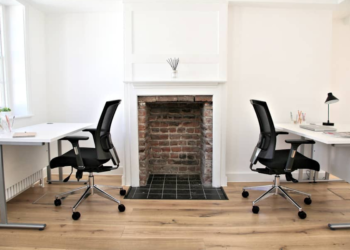 Stunning Period Office Space in the heart of Soho, W1 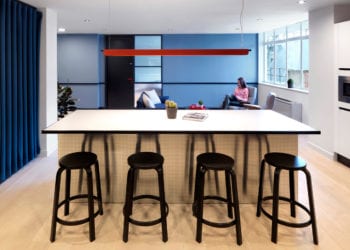 A sleek serviced office space located in the heart of bustling Soho, this stunning business centre provides a range of accommodation from coworking spaces to private office suites. Occupants also have access to a range of meeting rooms and a kitchen which serves snacks and drinks throughout the day. A leading office space Soho, the centre also benefits from excellent transport connections with Tottenham Court Road, Piccadilly Circus and Oxford Circus tube stations all less than 10 minutes walk away. 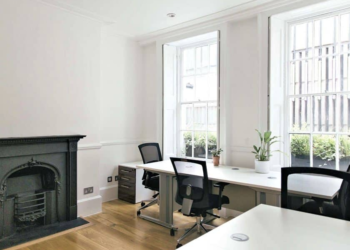 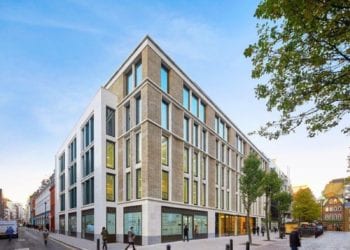 Located on the fourth floor of a state-of-the-art building in the heart of London’s buzzing Soho district, this stunning business centre provides a collection of private office suites and meeting rooms which come furnished to a high standard. Occupants also have access to a stylish business lounge, roof terrace and well-equipped breakout area – all features of this Soho serviced office. The centre also benefits from excellent transport connections with Piccadilly Circus, Tottenham Court Road and Oxford Circus tube stations all within 10 minutes walk. 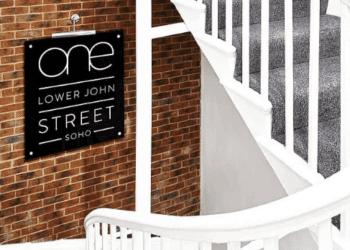 A serviced office in the heart of Soho, London – this period-style Edwardian building contains a selection of loft-style office spaces capable of accommodating up to 10 people. All offices are air-conditioned and come fully furnished. The centre also benefits from excellent transport connections with both Oxford Circus and Piccadilly Circus tube stations just 3 minutes walk away. The central location, close to several large media and broadcasting companies, makes this the perfect location for your office space in Soho London. 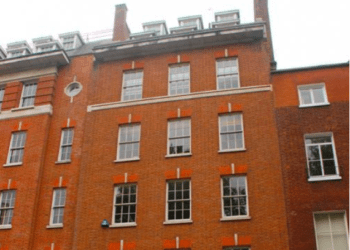 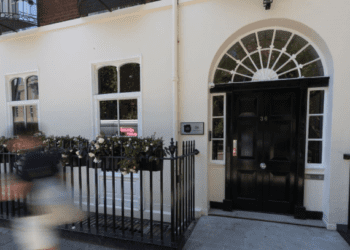 Looking for Soho Square serviced offices? This stunning facility benefits from excellent transport connections and is close to the many high-end hotels and restaurants of the West End. The centre is located in a renovated townhouse which retains many original features and has been furnished in a contemporary style. This should appeal to companies working in the creative and media sectors looking for temporary office space Soho. A range of private office space is available capable of accommodating up to 20 people. 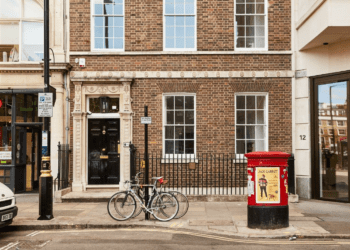 Located in one of Soho’s most prestigious addresses, this stunning boutique business centre provides a range of stylishly furnished office accommodation for small and mid-size companies. The facility is located in a Grade II listed townhouse which retains many original features. The interior has also been furnished in a stylish contemporary style which befits the location. Occupants also have access to an 8 person meeting room and large breakout area – great for anyone looking for office space in Soho. 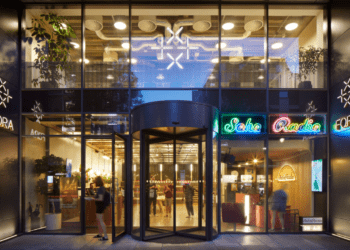 A design-led business centre located in the heart of buzzing Soho, this stunning facility provides the perfect opportunity for individuals and companies to establish a presence in one of the UK’s best serviced offices in Soho. Accommodation ranges from co-working areas to private office space capable of housing 50+ employees. Occupants also have access to a large roof terrace, private meeting rooms, wellness studio and podcast studios. The centre is also easily accessible, with Oxford Circus and Piccadilly Circus tube stations nearby. 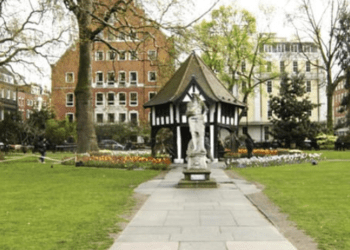 Looking for cheap Soho office space? This is the one…. overlooking Soho Square, an area associated with the media and creative industries, this state-of-the-art office space in Soho provides a range of accommodation options including co-working areas, private office spaces and meeting rooms. Occupants also have use of the centre’s first-class post-production facilities. Secure underground car parking is also available, a rare luxury in this part of London. The centre is easily accessed by public transport with Tottenham Court Road tube station just 3 minutes walk away. 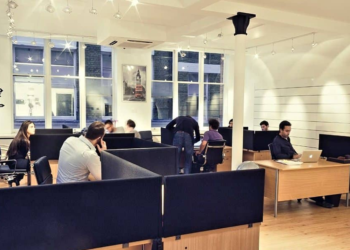 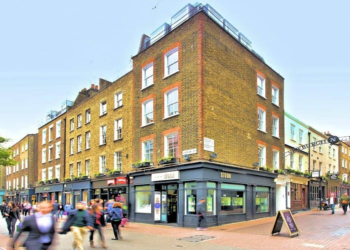 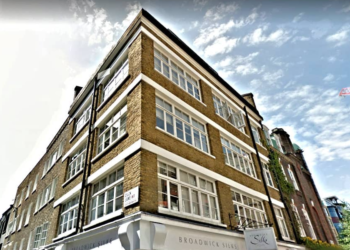 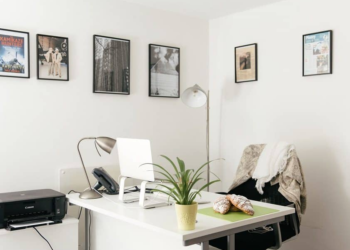 Famous for its vibrant nightlife, glitzy restaurants and celebrated theatre scene, few London districts can beat the appeal of Soho. This area has long been the centre of London’s creative community. Many a famous artist, writer and poet have occupied the bars around Soho since the 18th century.

These associations gave the district its bohemian appeal, which it still maintains today. In recent years the area became popular with advertising agencies and post-production studios. Many of them remain but are now joined by a diverse mix of other industries including software development, VFX studios, publishing and fashion design.

Soho is so popular with the creative industries that the evening standard estimates that the district employs one-fifth of all creative jobs in London. A few of the companies have office space here include; Oscar-winning VFX studio Framestore, the social networks, Facebook and Badoo and award-winning advertising agency BBH.

What makes Soho so popular?

Companies are drawn to the district in a large part thanks to its bohemian atmosphere. Creative companies also like to collaborate so it makes sense that they are located in the same area. But there are a great many other reasons to choose Soho.

There is a vibrant start-up scene here, many companies founded in the district have gone on to find success in a range of industries including; fintech, computer game development, social media and advertising. The area also has a strong support network for entrepreneurs seeking capital and specialist advice to grow their business.

Located in the centre of London, the district also benefits from excellent transport connections. Soho is easily accessed from no less than five mainline stations. Kings Cross, St Pancras, Euston, Victoria and Paddington. While Piccadilly Circus and Oxford Circus tube stations are around five minutes away. These provide access to the Piccadilly Line, Central Line, Northern Line, Victoria Line, Bakerloo Line and the new Elizabeth Line.

Soho is also home to some of the cities most celebrated bars and restaurants. Famous bars include Milk and Honey, Opium and Ronnie Scotts. And you are spoilt for choice when it comes to high-end eating establishments, with cuisines from around the world represented. Popular restaurants include; Ceviche, Blanchette and Bao.

Make your mark in Soho

So if you’re looking for a vibrant business community to base a start-up or a freelancer seeking collaborations with creative companies. You can’t do much better than basing yourself in bohemian Soho.

There is a wide range of office space available here to suit companies at all stages of development. So you’ll be sure to find a space that meets your aspirations and budget. Check out the availability of shared office and co-working spaces in the district using the map above.

Our team is ready to help – we can provide advice on available offices within your target area, timescale and size requirements:

How much does a Serviced Office in Soho Cost?

The price of a serviced office in Soho depends upon two factors – location and standard. Generally for a great standard serviced office in an excellent location you will need to budget around £1000 per desk per month – there are cheaper options, but they tend to be busy. Use this rough guide and give us a call so we can list some options for you within your targeted budget on 020 3151 3360

Which are the best Serviced Offices in Soho, London?

As you would expect from a district popular with creative companies and start-ups the area has plenty of serviced office space. Soho was one of the first areas in the UK to introduce the new brand of stylish serviced office space which has become popular thanks to WeWork and Spaces.

30 Broadwick Street is a good example of the type of serviced office space you can expect to find here. The facility is located in a converted building which has been fitted out to a high standard. The Interior is design-led and includes a range of flexible workspaces to suit companies of all sizes.

Being a typical Soho building this facility also boasts many unique facilities such as podcast studios, a wellness suite, video wall, ground floor bar and roof-top terrace. So if you’re a start-up or freelancer and you’re looking for a vibrant office community to call home, you can’t do much better than 30 Broadwick Street. If you fancy a look round, or pricing for other options just give our team a call on 020 3151 3360

Why Soho for Office Space?

Soho includes a range of office spaces to suit the needs of its diverse occupants. Companies will find every kind of space here from state-of-the-art office buildings for a corporate Headquarters. To trendy loft spaces complete with exposed brick walls and stripped wood floors.

The district also offers plenty of options for freelancers and startups. 11 Golden Square is a good example of this type of facility, providing a mix of small self-contained office suites, meeting rooms and breakout spaces. This building is also close to many leading advertising and music industry companies making it the ideal base for freelancers or small creative teams working in collaborative temporary office spaces in these industries. There are temporary office space options for Soho businesses too – call us on 020 3151 3360

Several urban regeneration projects have led to the creation of some exciting new office buildings in Soho. 30 Broadwick Street is one such example. This state-of-the-art building provides 90,000 sq ft of office accommodation spread over six floors. Office suites are available in a range of sizes from a few hundred sq ft to entire floor plates capable of accommodating hundreds of employees.

The building also houses a business centre complete with sophisticated meeting rooms, shower facilities and a roof terrace. All of this makes 30 Broadwick Street the perfect place to meet or entertain new clients, hold an impromptu business meeting or develop a presence in one of the most prestigious addresses in Soho. If you are looking to rent offices in Soho, call us for a quick search of available suites on 020 3151 3360

Bustling, stylish, and easy to get to from most parts of London, Soho is the prime office location for up and coming businesses. If you and your colleagues are keen to settle somewhere in this famous entertainment district, you’ll be pleased to hear there are plenty of high-end serviced offices available in Soho at the […]